The Oncology service specializes in removing tutors by surgery, treat with cytotoxic drugs or immune modulators or targeted therapies and ionizing radiation...

Breast surgery is dealing with benign and malignant tumors. Majority are benign and require medicines or surgical interventions. If any cancer is suspected a needle biopsy followed by a definitive surgery and appropriate therapy with chemo, immune modulators and hormonal treatment...

Internal Medicine is a vast specialty deals with physiological abnormalities. Doctors of internal medicine focus on adult medicine and have had special attention on intensive care, chronic ailments including infections, generative disorders...

Gastroenterology is a medical specialty dealing with the diseases of Gastrointestinal system, mainly of inflammatory, functional diseases. Hepato pancreatic and biliary system is complex functional organs in the digestive systems. Endoscopic procedures are done routinely in diagnosis and also as part of therapeutic procedures...

Nephrology is specialty of concerned with kidney, they purify the blood and remove the waste metabolic products of the body system in the form of urine. Any functional disturbances of renal system needs investigations and appropriate management including supplementary cleaning called dialysis. Kidney transplantation is done, if the functions are disturbed permanently ... Dr G Suryanaraya Raju’s experience is 32 years on the whole. He is one of the senior most Surgical Oncologist in the country. He worked as Senior Professor and Founder HOD of Surgical Oncology Department at Nizams Institute of Medical Sciences Hyderabad.

He did his MBBS from Andhra Medical College, Andhra University, Visakhapatnam in 1983 then completed his MS in General Surgery at KMC, Manipal, Mangalore University in 1988. He was Special Trainee in the Department of Surgical Gastroenterology under Prof N. Rangabashyam in Government General Hospital and Sri Ramana Surgical Clinic, Madras between 1988 and 1990. Later he specialised cancer surgery, by doing  M.Ch from Cancer Institute , Adyar, Madras in 1992. After his training in general surgery, gastrointestinal and specialised in cancer, he joined as surgeon, faculty in  Nizams Institute of Medical Sciences, Hyderabad.

With his expertise, treated few lakhs of cancer patients and performed surgeries of most difficult in nature.

He also did his fellowship FRCS and FUICC.  As a founder Surgical Oncologist in NIMS, Andhra Pradesh he started the department, and trained many cancer specialists in the country.

He was involved in academic activities of different universities in the country. Also was an inspector, assessor for Medical Council of India and National Board of Examinations.

Read More
Patient’s Speak
My name is Parshuram, I got admitted in ASWINS hospital on -DATE- while I was in a critical state due to Covid-19. I cannot thank enough the devoted doctors, nurses and administrative staff Mr. Srinivas in the hospital. Their job is really tough and they put themselves in the frontline by risking their own lives. My sincere gratitude to Doctor Harsha for extending timely and excellent medical treatment and bringing me back to life out of danger. Besides his medical intellect, his patience, empathy and positivity have helped me recover and discharge safely within a few days, by 04 May 2021. I would also like to express my gratitude to the nurse Ms Padmaja , she has been on constant watch over my condition and was an exceptional support. Her encouraging and positive words as a caretaker helped me to fight the anxiety I struggled with often. To me, they both are superheroes! On the day of my discharge, my wife was waiting in the lobby to receive me and she happened to see the Chairman of the hospital Mr Suryanarayana Raju, she approached him and thanked him for the effective medical facility and moral support the hospital provided. Such a busy person of his profile and stature paying heed to patients and family members had won our hearts. He is a man of compassion and so are his employees. My family and I would like you all to know that your kind actions are not gone unnoticed. Keep doing the good deeds and may God bless you all and your family with immense health, joy and long life!

Parshuram Krishna
"Surgeon With Great Empathy" Dr.GSN Raju Garu, is a highly qualified surgeon with great empathy and good human being giving the best to his patients at affordable treatment cost. He is the doen objectives and care to his patients. I happen to get my father in law operated for intestinal obstruction. All went well. thank you sir.

Mr Ramakrishna Yelamolu
I am not lucky, I am blessed is what I can say with how God guided me to DrGSNRaju. My name is Tabitha and I work for LIC. My husband, R Shanthi Kumar is a government employee. In the year 2016, it was detected as ‘Lump in my Right breast’ contrary to the other surgeons opinion of major surgery on my breast, Drraju has just did a small surgery to cure my problem. Not only saved my breast and money, he discharged me in 4 days

Mrs.Tabita is overwhelmed on avoiding a major surgery and saved a big money
Professor Dr GSN Raju an expert Surgical Oncologist has performed “Isolated Limb Perfusion” procedure in India for extensive melanoma of lower limb. When Dr Agarwal at the Navi Mumbai Extension Center, had suggested amputation of the right lower limb from the hip joint, after seeing the PET scan report and the metastasis to the inguinal nodes. The operation was scheduled on 14th April 2009, The Director of NIMS guided me on contacted him by phone, Cancelling the operation, I had travelled from Mumbai to Hyderabad for a checkup on 11th April 2009, where we met Dr Raju for the first time.But for his initiative, I would have lost my limb totally and forever. My family members were very delighted with the treatment and attention that was extended by Dr GSNRaju. We are grateful to him and indebted for our lifetime for taking up this challenge, conducting the operation successfully and personally taking over the huge responsibility of post-operative treatment.

Mr. Sudarsan Sarangi retired Superintendent Engineer, Govt of Orissa, Bhuvaneswar
In 1997 May when I had a throat problem an endoscopy test performed and diagnosed as squamous cell carcinoma stage II. My family doctor had advised us to go to CMC Velloreand took ‘Radiotherapy, from 5th June to 27th June 1997. After reaching our native place we started searching for the best doctors in the country, as we had disappointed with incomplete treatment of cancer in in Vellore. We have identified one doctor in Bombay in TMH and other was in NIMS Hyderabad. We had planned to consult both of them to get operated. On consultation and further enquiries, we had found Dr. Raju was the best doctor in surgery department in NIMS. On consultation, we had decided to get admitted in hospital on 8th July 2009. The major surgery for esophagus was done on 31st July 2009. It is more than 20 years since his surgery, I am hale and healthy even today. My family doctor, friends and relatives have really appreciated DrRaju for his surgical expertise, that has given me second life after failure in Vellore. We could not attend the inauguration of his ownhospital”Asvins specialty Hospitals, Hyderabad”. However, we pray God to bestow doctor and his entire family with good health and more strength to serve his patients forever. Thank you doctor for giving us the opportunity to express our gratitude towards you.

Reputed doctors with more than 30 years of experience in clinical, teaching and research  their respective specialties 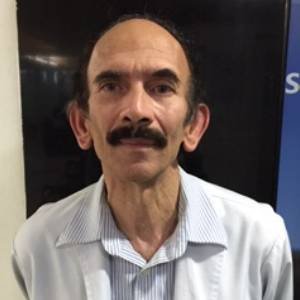 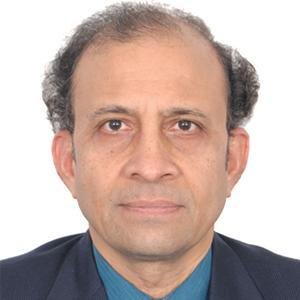 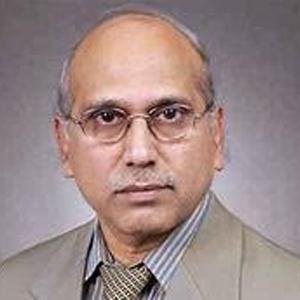 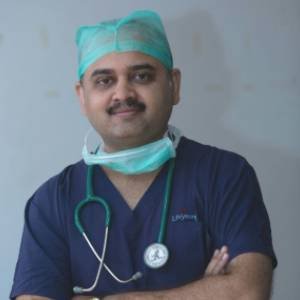 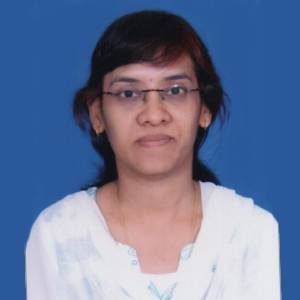 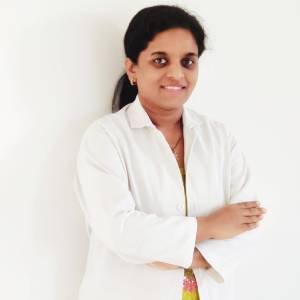 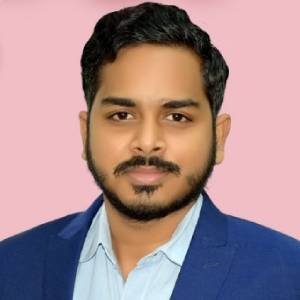 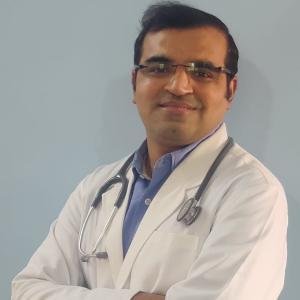 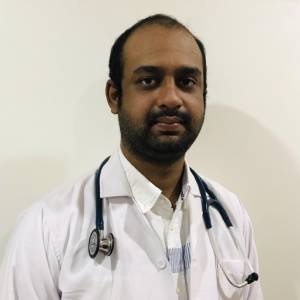 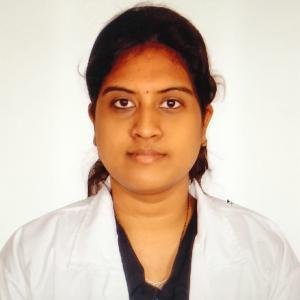 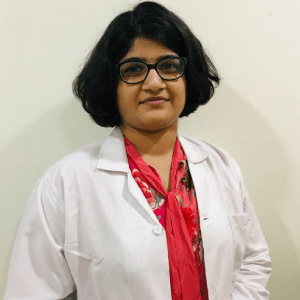 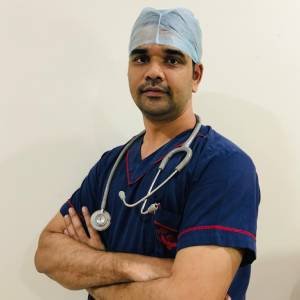